Deluxe edition of their album 20/20 Vision featuring new artwork and 5 new songs. Anti-Flag is a political punk band, which is obvious from their name alone. But over the course of 12 albums across more than 25 years together, they’ve rarely set their sights on singular individuals in songs. Unlike their punk predecessors in the 80s, who made targets of Reagan and his cronies, Anti-Flag has always opted not to date their work with current references, instead focusing on fighting ongoing oppression and dismantling deeply rooted systems of injustice. But on their new album, 20/20 Vision, the band drew a big, fat line in the sand. 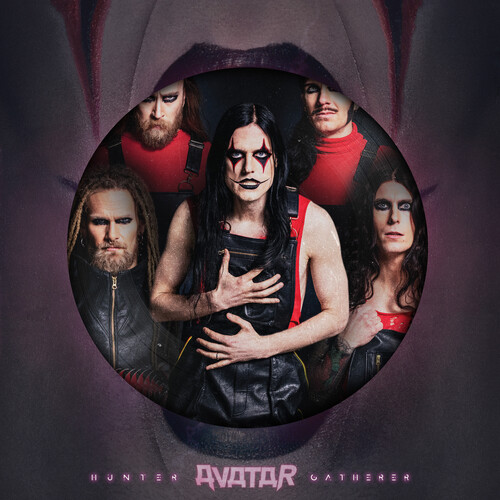 This limited edition picture disc edition of the latest album from the newly crowned kings of Swedish Metal comes in a special die cut sleeve, released first for RSD Drops. Both discs feature photos of the entire band on sides “A” and “C” ~ disc one features the current album on both sides, disc two features a four song live EP recorded in Paris. A download card is included, as is a custom RSD Drops hype sticker on the front. 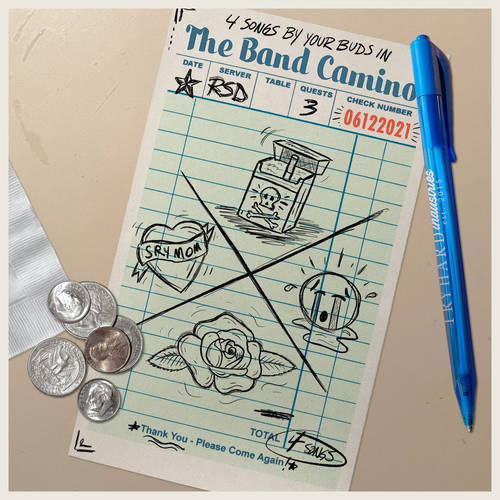 A limited edition, remastered 180g pressing marks the first time on vinyl for this 2002 release. “Precious Bryant is a national treasure.” -Bonnie Raitt 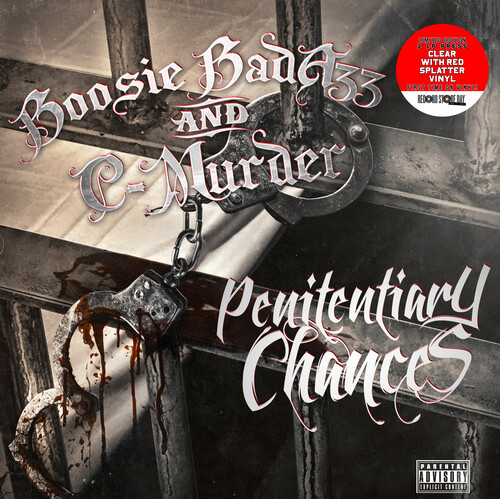 Two of Louisiana’s most well-known and respected artists, Boosie Badazz and C-Murder, combined forces to deliver a one-of-a-kind release with Penitentiary Chances. The project is a strong reading from the streets with Boosie and C-Murder telling real-life street stories as only they can. Both had always wanted to work together, and being incarcerated in Angola they had time to put their heads together and come up with the project. This double clear vinyl release marks the first time Penitentiary Chances is pressed on vinyl. 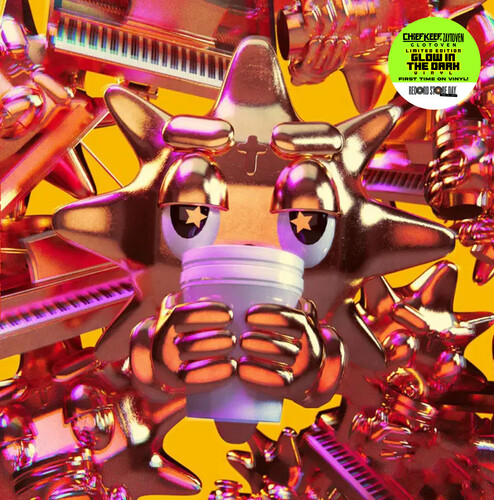 Hip-Hop legend Chief Keef and super producer Zaytoven teamed up for one of the biggest collaboration projects of 2019 with GloToven.  After their fan favorite mixtape, Camp GloTiggy went viral in 2016, Keef and Zaytoven knew their sequel had to be even stronger. Delivering twelve songs and a feature from Lil Pump, the duo outdid expectations, as GloToven received praise from the entire community. This glow-in-the-dark RSD Drops release will be the first time it is available on vinyl.

Limited edition double A-side on 12” Tangerine vinyl, featuring the first two singles from Jim Croce’s 1972 album, You Don’t Mess Around with Jim, which hit #1 in the US and Canada is RIAA Certified GOLD

The release also includes replicated original front cover art from both singles, one on each side. 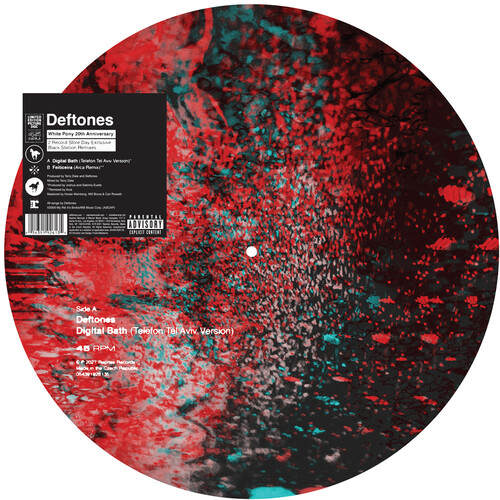 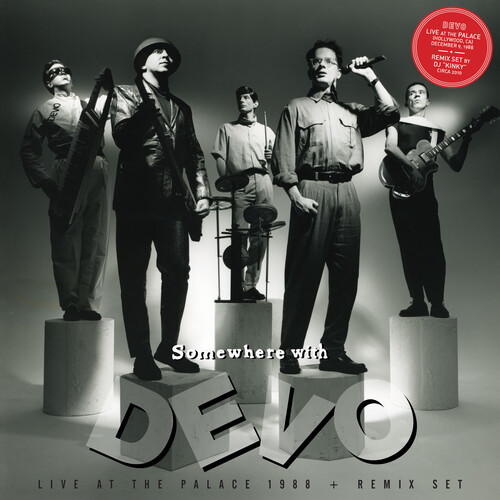 The "Somewhere With Devo" suite was performed live, one night only, as the encore of the band's Total Devo concert at The Palace in Hollywood, CA 12/9/88. 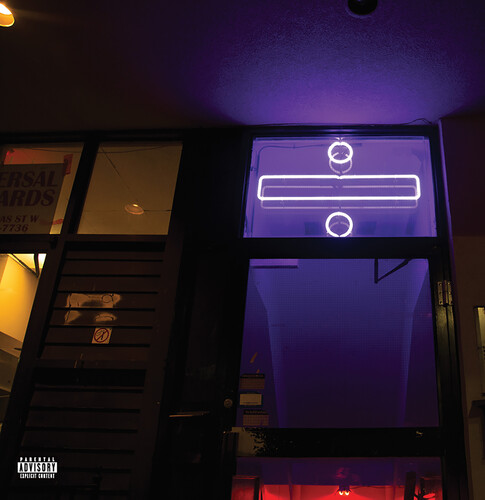 By the gods! This vinyl release features the full score soundtrack, composed by Paul Edward-Francis, of the 2020 hit Netflix original anime Blood of Zeus. For fans of the show, we've pressed this limited edition 2 x LP on a DEMONS-red-and-black-splatter vinyl which will only be available for RSD Drops 2021. Limited to 1000 copies.

Verve Label Group is proud to launch a new vinyl series, Original Grooves, available exclusively on Record Store Day.  Original Grooves showcases the vinyl cutting technique known as "parallel grooves”, where grooves are cut side-by-side instead of one after another, allowing for a different aural experience depending on where the needle is dropped.  The second of this series comes from Ella Fitzgerald.  This 12" Single LP features live versions of Mack the Knife and Summertime from the legendary 1960 Berlin performance, with the 1962 “Lost Berlin Tapes” versions “hidden” on the neighboring grooves. 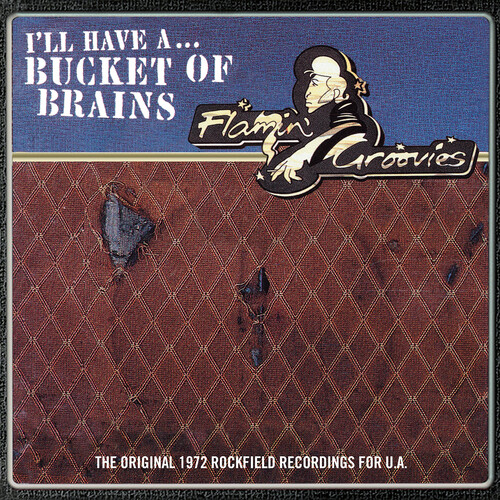 San Francisco rock band The Flamin' Groovies moved to Britain in 1972, where they signed to United Artists.  During this year they recorded The Rockfield Recordings with British producer Dave Edmonds at The Rockfield Studios in Wales.  Now for the first time, all their 1972 recordings for United Artists will be released on vinyl, having previously only been available on CD as A Bucket of Brains back in 1995. The 10” includes both the original mix -- and a 1995 remix at original speed -- of their masterpiece “Shake Some Action”. Limited to 6500 copies worldwide. 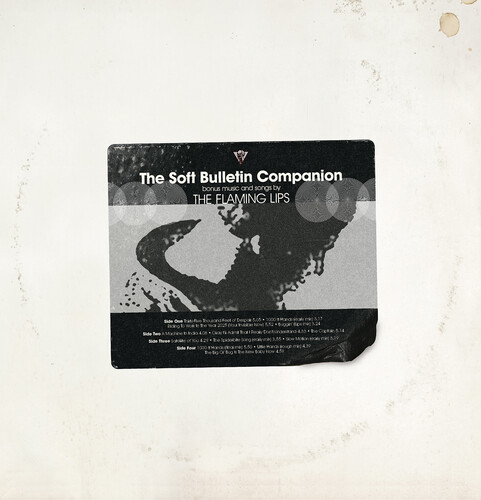 The Soft Bulletin is one of the Flaming Lips’ most popular and best-selling albums. The Soft Bulletin Companion was originally available as a promo-only CD, hand-made by the Lips’ management, and given to media and radio as the original album grew in popularity around its original release. The compilation includes unreleased songs from the era, plus outtakes and early mixes, B-sides, international bonus tracks and stereo versions of Zaireeka tracks. This silver-colored, double LP comes to record stores first as part of RSD Drops.

London-based saxophone player Nubya Garcia releasea SOURCE ≡ OUR DANCE, an RSD Drops 12” remix EP presented on Turquoise Blue w/Black vinyl. This special RSD Drops exclusive is a collection of four remix tracks from Nubya’s celebrated debut album SOURCE, reimagined through collaboration with cutting edge artists Makaya McCraven, DJ Tahira, Mark de Clive-Lowe and Shy One. This limited edition LP comes hot off the heels of Nubya’s debut album which landed on numerous Best Albums of 2020 lists, including MOJO, NPR, Paste, Pitchfork and Rolling Stone, to name a few, and one The New York Times describes as “a life’s worth of experiences into an hourlong listen.”

A side 1. Source (Makaya McCraven Remix) 2. Stand With Each Other (Tahira Remix)/B side 1. Together Is a Beautiful Place To Be (Shy One Remix) 2. The Message Continues (Mark de Clive-Lowe Remix) 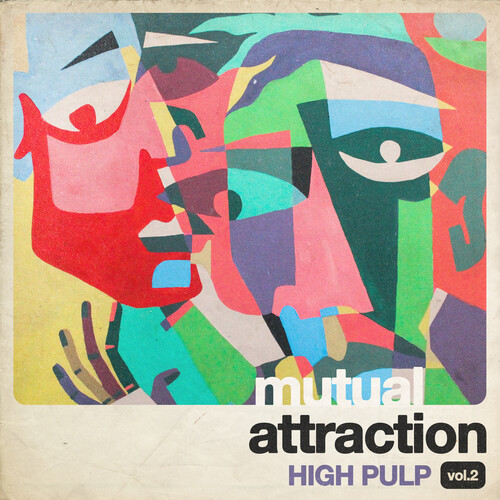 High Pulp returns with a brand new installment of covers on Mutual Attraction Vol 2, a spiritual jazz journey, interpreting arrangements by Arthur Verocai, Cortex & Casiopea. The 8-piece fusion band pays homage to tracks and artists that have woven themselves into the DNA of the High Pulp.

Alex Callier selected the best remixes of their songs for each remix EP. The first, A New Stereophonic Sound Spectacular remixes is available as part of RSD Drops. Only 2000 individually numbered copies on solid purple are pressed. (The other three are scheduled to be released later in 2021.

Hooverphonic are a Belgian band that formed in October 1995. Though originally categorized as a trip hop group, they quickly expanded their sound to the point where they could no longer be described as a lone genre, but rather encompass alternative, electronica, electropop, rock, and a mixture of others. The band originally called themselves Hoover, but later changed their name to Hooverphonic after discovering other groups were already using the Hoover name and to avoid any legal issues with the vacuum cleaner company.

The band achieved international recognition through the inclusion of the Stereophonic track "2Wicky" on the soundtrack to Bernardo Bertolucci's 1996 film Stealing Beauty. "2Wicky" also appeared on the soundtracks of I Know What You Did Last Summer and Heights. The track's main riff is sampled from Isaac Hayes' recording of the 1960s hit "Walk On By".

“Inhaler” is, not least thanks to those wonderfully fanning out guitars, still a missed world hit.

Remix duties are fulfilled by drum ‘n bass producer Dj Pulse, owner of the Creative Wax label, and the late Hector Zazou. Both gave some LTJ Bukem-esque vibes to “Inhaler” and “2 Wicky”.

Furthermore, Alex Callier and the band re-recorded both songs and added some extra strings to “Inhaler”.

Side A 1. 2wicky (Dj Pulse Remix) 2. 2wicky (Not So Extended Hoovering Version) 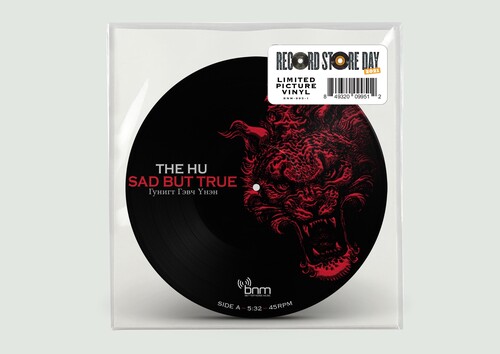 A 7” picture disc featuring their cover of Metallica’s “Sad But True” and their Top 10 radio single “Wolf Totem” featuring Jacoby Shaddix. This is Exclusively at record stores as part of RSD Drops.

A Side: “Sad But True” (Metallica Cover)
B Side: “Wolf Totem” featuring Jacoby Shaddix of Papa Roach

Being one of the progenitors of melding hardcore with heavy metalsmusic, it’s no surprise to list Motorhead as one of Integrity’s biggest influences. The down and dirty rock ‘n roll swagger that Motorhead exposed countless budding musicians to is unfathomable.

INTEGRITY thought it only fitting to dedicate a release to the denim-and-leather-clad Lemmy and co. by recording two classic Motorhead bangers. Released for the first time on limited Blue and Black vinyl for RSD Drops 2021. Motorhead For Life!

“Cradle To The Grave” / “Orgasmatron”

The all-star collective The Jaded Hearts Club specialize in putting their ragged garage-rock spin on a catalogue of forgotten classics and all-time favorites, as evidenced on their debut album, You've Always Been Here.

Sarah Jarosz puts her own unique stamp on songs by Billie Eilish and U2 on this 12" single. Side B etching. 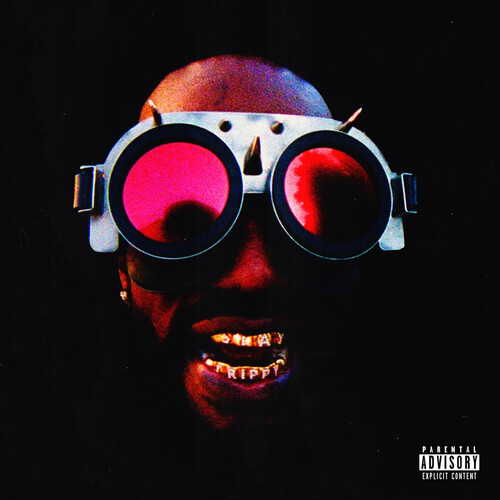 Previously unreleased in the USA, and the first vinyl re-press in twenty years.

Sleeve artwork and textured cover as per the original release. Produced in association with THE KINKS. 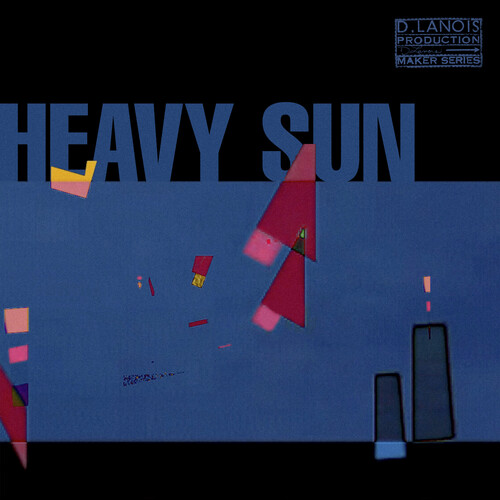 Heavy Sun, the soulful, debut from Daniel Lanois and his invigorating new all-star band. Recorded in Los Angeles and Toronto, the album fuses classic gospel and modern electronics, mixing gritty, human textures with crisp, digital accents and lush, swirling atmospherics to create a sound that's at once warmly familiar and boldly unexpected. The arrangements here are spacious and dreamy, anchored by rich, righteous organ topped with airy falsetto and mesmerizing four-part harmony, and the writing is buoyant and soulful to match, tapping into the shared uncertainty of the human condition to offer hope, comfort, and connection at a time when all three run in desperately short supply. For RSD Drops this year comes the vinyl debut of this critically acclaimed album. Pressed on Translucent Ruby inside Opaque Orchid colored vinyl, and limited to a worldwide run of 4000.  Includes a download card.

Parker McCollum will see his first vinyl release for RSD Drops with a limited edition EP that give people the first look at five songs on his upcoming debut album, including the #1 Platinum-selling song "Pretty Heart" and his latest Top 40 "To Be Loved By You".

Undivided is the current single from Tim McGraw and Tyler Hubbard.  Perforrmed during President Biden's inauguration celebration and available here for the first time on vinyl!  B-Side is a live version of I Called Mama which was a #1 single at Country radio.

SIDE A – Undivided (w/ Tyler Hubbard)
SIDE B – I Called Mama

Apply Pressure is the latest album from Merkules of Surrey, Canada.
Featuring heavy hitters Kevin Gates, The Game, E-40, Jelly Roll and more, this is the first release on vinyl.