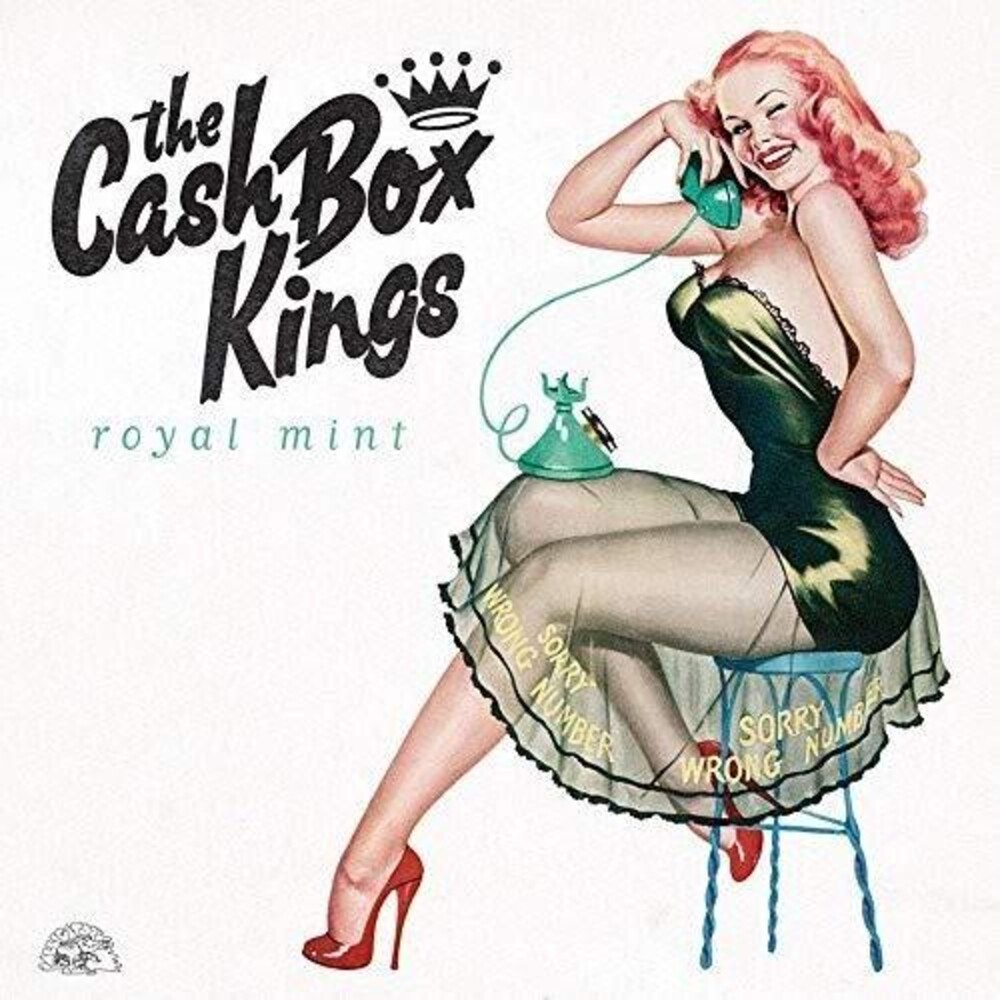 “One of the best blues bands in the land.” – Living Blues “Virtuoso musicianship…rocking and irresistible.” –No Depression “Gloriously retro with an inspiring eloquence and grace.” –Vintage Guitar With deep feeling and top-shelf talent, house party masters The Cash Box Kings play tough, real deal classic Chicago blues with boundless energy. They also deliver raw, passionate Delta blues, jumping proto-rock ‘n’ roll, and steamrolling “bluesabilly,” an original mix of Chicago blues and Memphis rockabilly. As anyone who has ever been to one of the band’s raucous performances will testify, The Cash Box Kings are old school blues masters. They’re fueled by the powerhouse harmonica work of Madison, Wisconsin-based songwriter Joe Nosek and the huge, gritty vocals of Chicago bluesman Oscar Wilson. Their original songs range from humorous stories of Internet love to harrowing tales of Chicago’s violent gun epidemic. Every song they perform – be it a striking original or a scorching Chess, Sun or Vee-Jay cover – explodes with contemporary authority and radiates old-school authenticity. According to Grammy Award-winning blues legend Charlie Musselwhite, “The Cash Box Kings play with real taste and feel. Not only is it good blues but it’s a jumping good time, too! I ain’t lyin’!” Joe Nosek founded The Cash Box Kings in Madison, Wisconsin in 2001 and, since 2007, has co-led the band with the charismatic, larger-than-life vocalist Oscar Wilson. Over 20 years apart in age and coming from vastly different backgrounds, the two form an unlikely pair, combining Wilson’s indisputably authentic inner city Chicago blues vocals with Nosek’s songwriting, singing and harmonica talents. The music they create is brilliantly displayed on The Cash Box Kings’ Alligator Records debut, ROYAL MINT. According to Wilson, “The Cash Box Kings is a throwback to the golden age of blues with some kickin’ fresh young blood. Joe is my best friend in the music world – the band is a marriage made in heaven for both of us.” “Oscar is godfather to my oldest son,” says Nosek. “We have each other’s backs. We’re family.” ROYAL MINT features 13 hard-hitting songs, including six impressive originals. From the wry, politically-charged Build That Wall to the chilling Blues For Chi-Raq to the funny and too true If You Got A Jealous Woman Facebook Ain’t Your Friend to the timeless covers of songs by Robert Johnson, Muddy Waters, Junior Wells, Clifton Chenier, Amos Milburn and Jimmy Reed, ROYAL MINT shuffles, jumps and gets down and dirty, fueled by the band’s unmatched musicianship. According Nosek, “ROYAL MINT is our strongest album. The band is at its absolute best.” Nosek refers to the group of top-notch traditional players who comprise The Cash Box Kings as “a blues collective.” Live and on record, members of the “collective” appear in different combinations for different performances, creating an anything-can-happen experience. In addition to co-leaders Nosek and Wilson, the full ensemble includes first rate guitarists Joel Paterson and Billy Flynn, drummers Kenny “Beedy Eyes” Smith and Mark Haines, bassist Brad Ber and newest member Lee Kanehira (replacing longtime pianist, the late Barrelhouse Chuck) rounding out the band. In their first six years, The Cash Box Kings won a large and loyal audience across the Midwest. Wilson joined the band in 2007 bringing with him an instantly commanding stage presence and an authoritative vocal style that gives fire-breathing power to the music. A self-taught musician and singer with an encyclopedic knowledge of almost every blues song known to man, Wilson – standing 6’1” and weighing over 300 pounds – is a natural-born entertainer and a perfect foil for Nosek and the band.