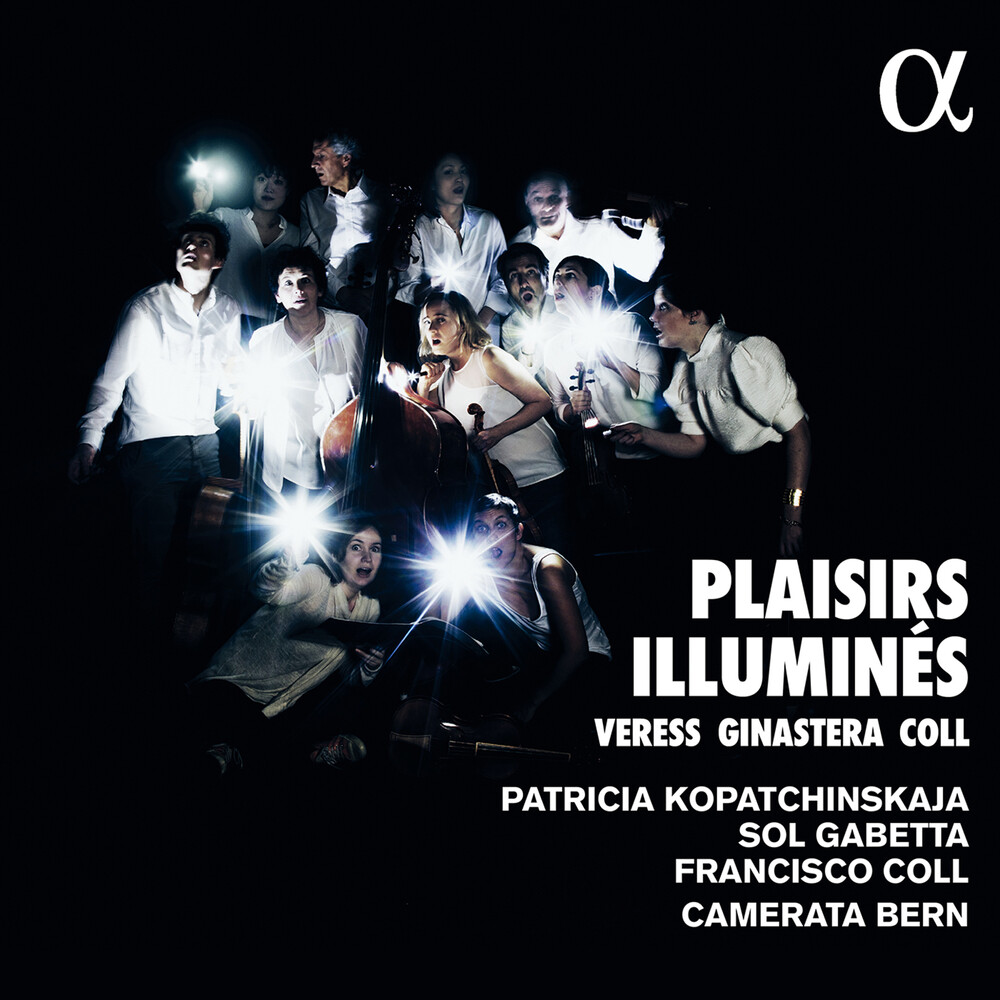 This recording presents the double concerto for violin, cello and orchestra of the Spanish composer Francisco Coll, born in 1985. Les Plaisirs Illuminés, a title inspired by Dalí's painting of the same name, is rooted in Spanish traditions, including flamenco, yet is resolutely modern: 'It's music is very lively rhythmically, it dances and sings- but at the same time it is very abrupt, always in search of extremes,' says Patricia Kopatchinskaja. For this world premiere conducted by the composer, she is reunited with a longstanding partner who pursues an equally brilliant international career, the cellist Sol Gabetta. The program also features Stravinsky's Concerto in D for string orchestra, composed in 1946 at the request of Paul Sacher for the twentieth anniversary of the Basler Kammerorchester and the Musica concertante for twelve strings by the Hungarian-born Swiss composer Sandor Veress, premiered by the Camerata Bern in 1966. A year earlier, the Argentinian composer Alberto Ginastera wrote his fascinating Concerto for Strings. A kaleidoscope of colors and sounds from all over the world