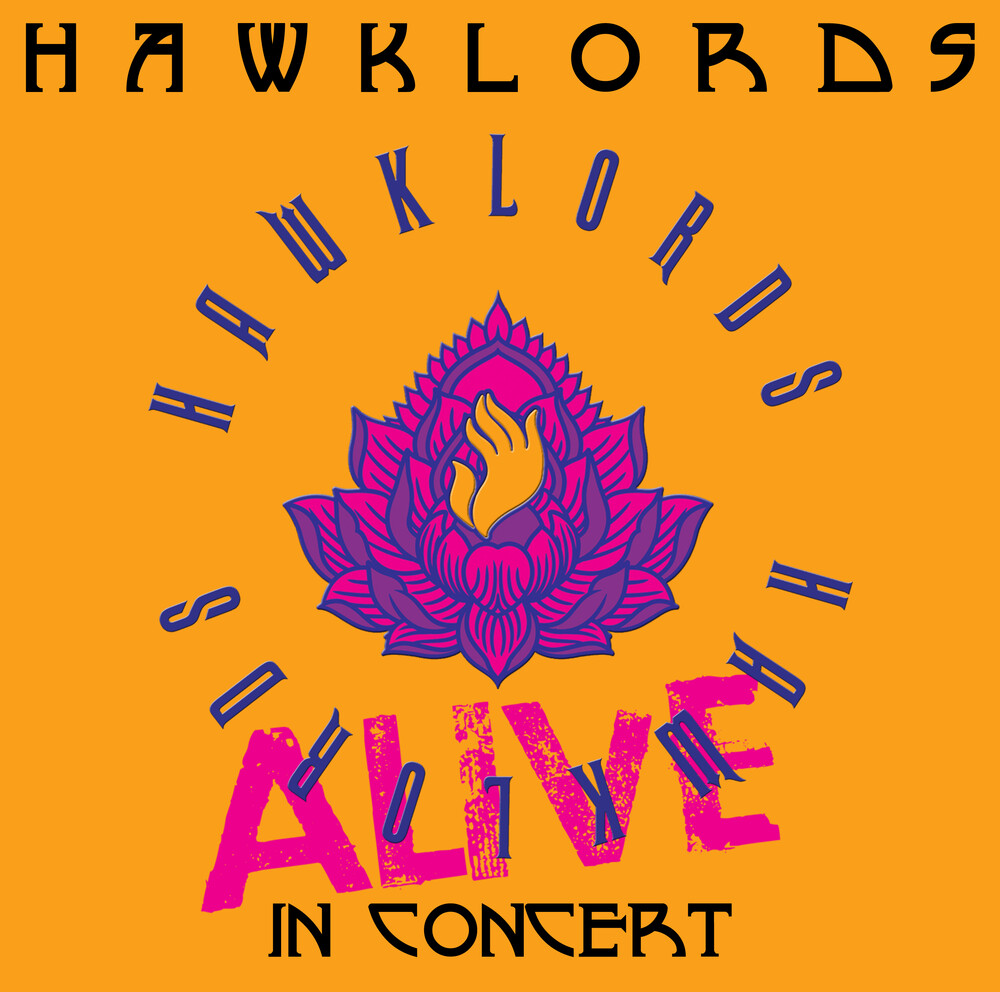 The first official live album release from The Hawklords since the band reformed in 2008, Hawklords Alive was recorded at Live Rooms, in the City of Chester, UK, during the band's Generations Tour 2019. Performed in front of a packed crowd who all but took the roof off the building, at approximately 74 minutes playing time this is an exhilarating live set with the band exploring new grooves, new spaces and new dimensions of classic Hawklords material, plus a fire-storming version of the song Aerospaceage Inferno by Robert Calvert, the late luminary vocalist, poet and frontman with Hawkwind and Hawklords. Alongside songs from their 2019 album release, Heaven's Gate and including extraordinary renditions of Turner's keynote songs, Master of the Universe and Brainstorm this is an album that Hawk-fans of all generations will not want to be without.Alive features 10 mile high ganja guitar and vocals from Jerry Richards, keyboards and twisted sonic FX /vocals from Fred Reeves (AKA Dead Fred), drumming from 'Dangerous' Dave Pearce, blistering bass and barnstorming vocals from Tom Ashurst and saxophone, vocals and swazzle from the band's long-time compatriot and God-Father of space-rock, Nik Turner.