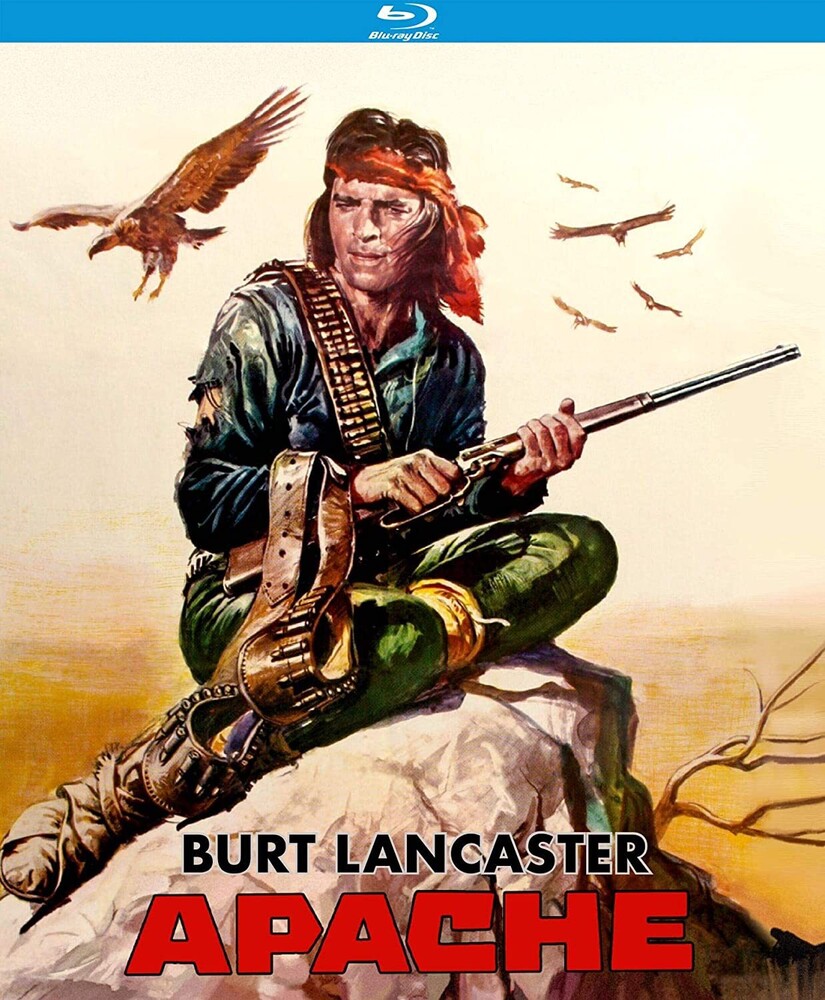 One of the first western films to show life from the Native Americans' point of view stars Burt Lancaster as Massai, an Apache warrior who, in the wake of Geronimo's defeat, escapes before he can be relocated to a reservation in Florida. Massai attempts to become a simple farmer, but soon discovers he must still fight for his rights. Jean Peters, John McIntire, and Charles Buchinsky (Bronson) also star; Robert Aldrich directs. 91 min. Standard; Soundtrack: English; Subtitles: English; theatrical trailer.