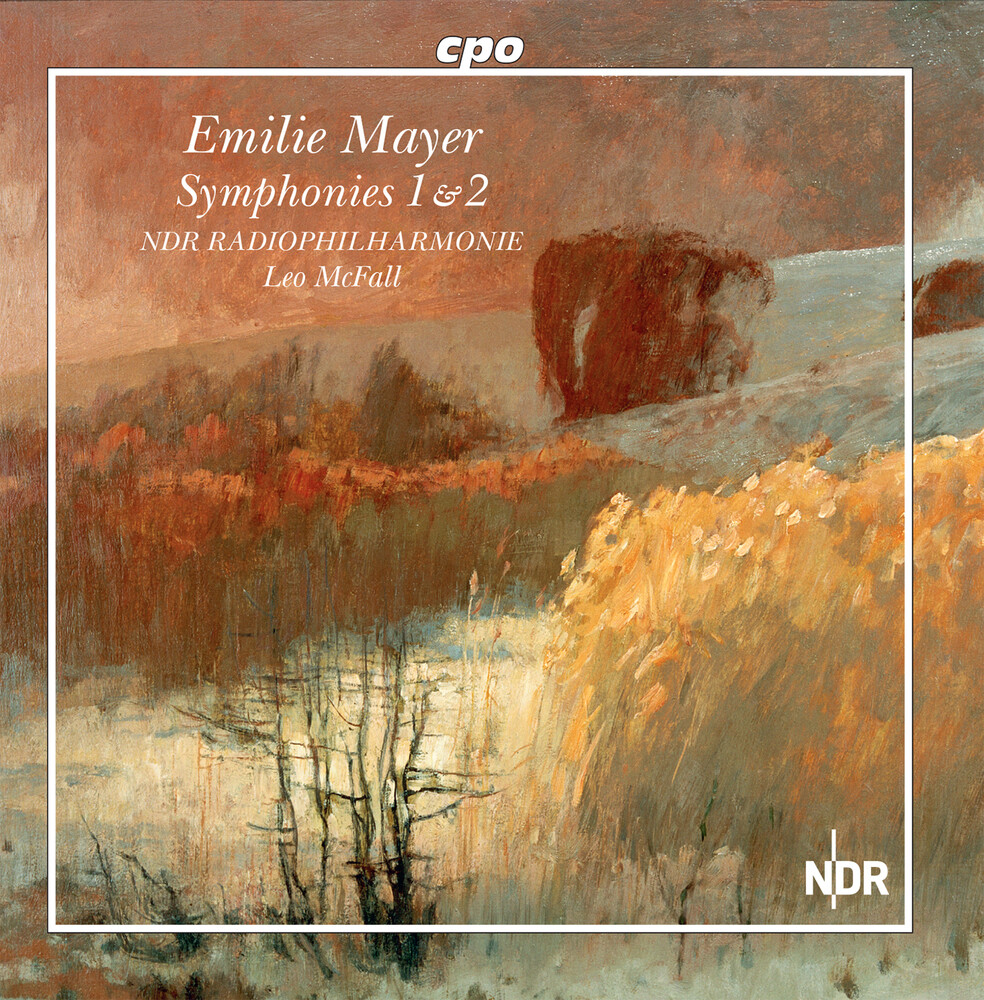 No woman composer of the time compiled an oeuvre as extensive as that of Emilie Mayer, who was born in Friedland, Mecklenburg, in 1812 and made contributions to a wide range of musical genres. She succeeded in doing what remained a mere wish dream for most women composers of her generation: she reaped great praise from the critics and pursued a successful career as a composer - and our three previously released albums featuring her piano and chamber music have confirmed her mastery. Emilie Mayer wrote her eight symphonies between 1845/46 and (at the latest) 1857. Her first two symphonies date from her Stettin study years with Carl Loewe. This period lasted from 1842 to the beginning of 1847, but she hardly would have ventured to write such works at the beginning of these study years with Loewe. The Symphony No. 1 very much leads one to believe that it may have been something like a final examination piece with which she concluded her instruction from him. She quite ostentatiously constructs classical models, displays her modulatory talent, demonstrates her rich formal imagination, exhibits her command of double counterpoint, and works through tonal intricacies with sovereign control (last movement) - and does it all with unrivaled mastery. In the Symphony No. 2 Emilie Mayer emancipates herself from models and pursues completely new paths, above all in dramaturgical development within the compass of the large form. This is immediately shown in the slow introduction of the first movement. With it's forty measures it is unusually long, and in some respects it previews the structural idea of the first movement: the building and dismantling of long lines of suspense that are linked together by contrasting and intermittent passages.